If you’re used to thinking of brussels sprouts as mushy things that have a sort of sulfurous stench, you may be surprised to learn that when they’re cooked properly, they taste a lot like slightly spicy little cabbages. And they’re totally good for you.

The flavor of raw brussels sprouts has no hint of sulfur. That gets released in the cooking. Raw, they taste like little mildly peppery cabbages on the inside with a little more of that “green” chlorophyll flavor in the outer dark green leaves.

Unless you have a very strong jaw, I recommend cutting them up into small pieces. They’re hard to chew or bite into otherwise. I chop mine so fine you need a fork or spoon to get all the pieces up.

You can put them in salads or just take them to work in a container and nibble along on them by themselves. 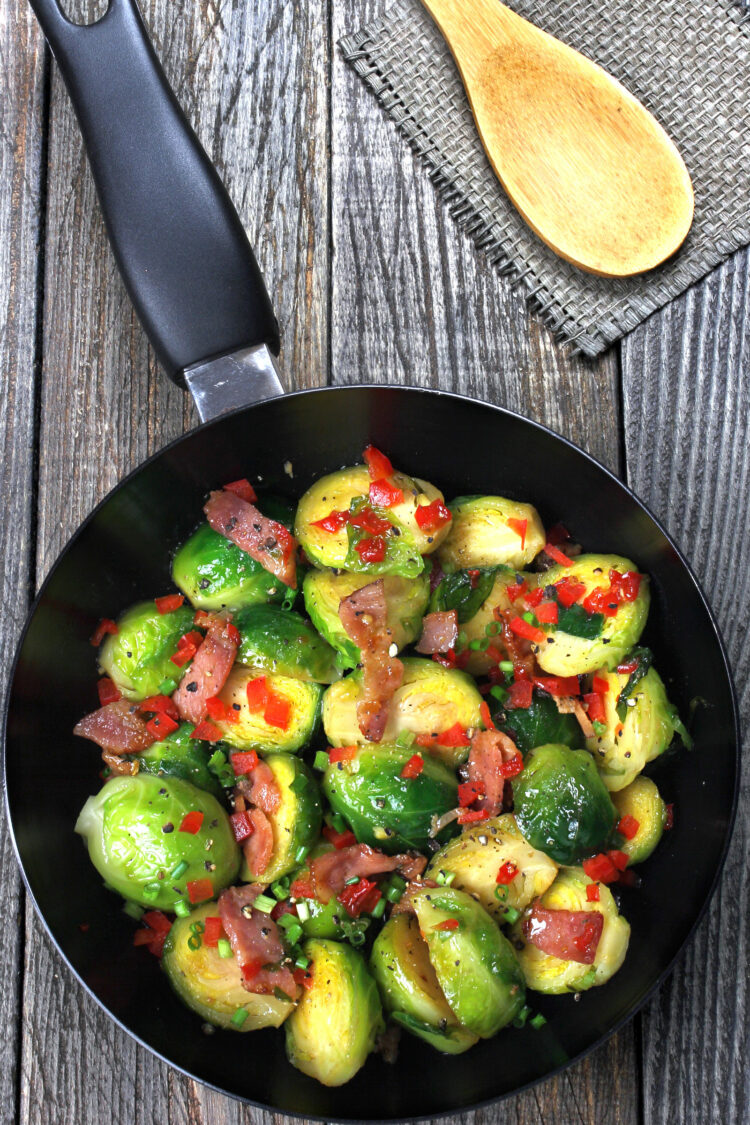 Check out How to Make Roasted Corn on the Cob.

Here’s a wonderful recipe for eating raw brussels sprouts:  chopped them up fine, squeeze just a little lemon juice over them, and sprinkle some coarse salt on them. The lemon and salt really make the flavor come alive.

There are also quite a lot of ways to cook them so they retain that fresh peppery cabbage flavor and don’t turn sulfurous.

To the above recipe, you can add any or all of the following:

You can also grill brussels sprouts if that’s more handy than oven roasting. The main goal is to caramelize them slightly, so they get some brown cooking marks on them. That releases the natural sweetness instead of the sulfurous smell. 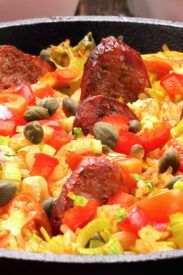 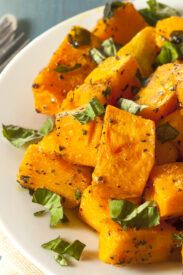 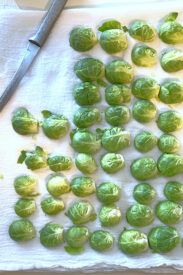 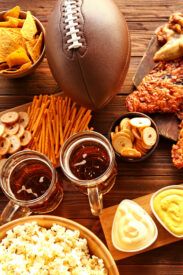 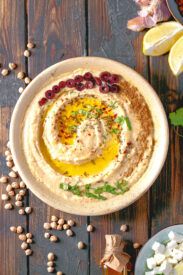