It turns out eggshells impart vital nutrients to soil, particularly calcium and potassium. Shell fertilizer can work for outdoor flowers, vegetables and fruit trees. All you need to know is the best way to use eggshells in your garden – and that’s simple.

Full discloure: University of Minnesota researched this and concluded eggshells don’t do much of anything in the garden, and you might as well compost them. On the other hand, if you don’t have a compost pile, you might as well put them in the gardening soil where they will eventually break down and add some nutrients.

Some people, including me, find their plants grow better when we add eggshells to the soil. Others claim it’s all untrue and they don’t do any good. Maybe it depends on where you live, what you’re growing, or on the soil and weather conditions where you live.

But eggshells won’t hurt your garden, as long as you add them in properly. 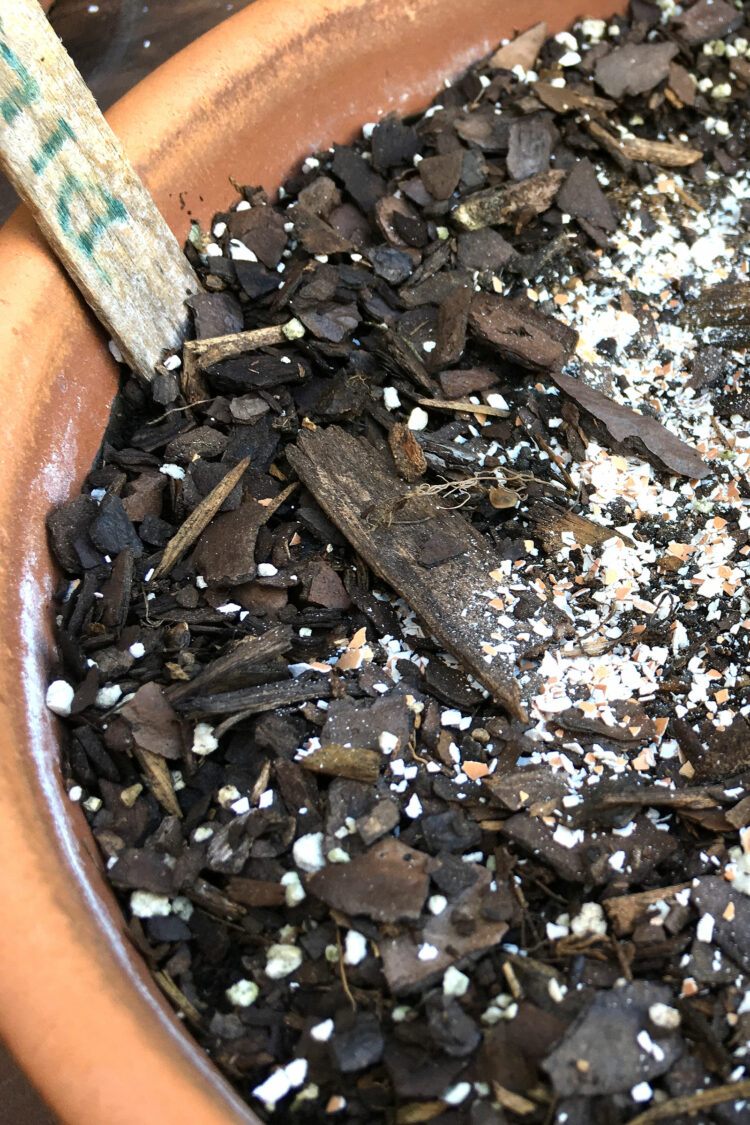 Why I Use Eggshells in the Garden

I’ve been doing this for a few years now, and I do think eggshells help some plants grow – especially tomato vines. I’ve also used it with various lettuces, herbs, squash and fennel.

At first, I was reluctant to use eggshells around tomatoes because I’d heard the calcium would reduce the acidity of the soil. Tomatoes like acidic soil. But they grow better with eggshells.

Can I Use Eggshells as Pest Control for Snails and Slugs?

Short answer: probably not? At least not reliably. There doesn’t seem to be any real science to answer this question either way.
Some people say they’ve seen eggshells deter slugs and snails. Others have watched slugs and snails crawl right over the eggshells to get to the plant.
Caterpillars certainly aren’t bothered by them. They love attaching themselves to my parsley leaves until they turn into butterflies.
I’m told by family members that eggshells also keep deer out of gardens, but I don’t get deer coming around my garden. It’s bunnies who come to my garden. And birds. Why not? They’ve gotta live, too. Note that some people report eggshells attracting rodents.

And no, I don’t notice the eggshells deterring them. In fact, you may see birds eating the eggshells you’ve scattered around your plants. Don’t worry – mother birds need the calcium after laying eggs, but they won’t eat all of it.

Some plants like extra calcium. As a fertilizer, crushed eggshells helps lower soil acidity, which makes it easier for plants to get nutrients from the soil. Plants that benefit from eggshell as a fertilizer include:

Basically, shell fertilizer isn’t going to hurt any of your plants. Flowers need less calcium than vegetables, so they might benefit less.

So how exactly do you go about using the eggshells in your garden?

Crush Eggshells into a Fine Powder

Some people recommend you boil them first to get rid of any raw egg residue, just in case it’s harboring bacteria that would be bad for plants. Others don’t even mention washing them in any way.

And that’s how my grandmother did it. She just crushed them and sprinkled them around plants. But eggs were probably less likely to be contaminated in those days anyway.

The boiling may sound like an unnecessary step for a problem that may never happen. But if you ever do get a contaminated egg in your garden, you’ll probably wish you had boiled those shells.

The crushing is very important. Eggshells take ages to decompose into the soil and be useful, so the smaller you can make them, the faster that will happen.

You can crush the eggshells with an electric food chopper, but it will scratched any clear plastic casing on it. You probably can’t really see the scratches in this picture, but they are there. 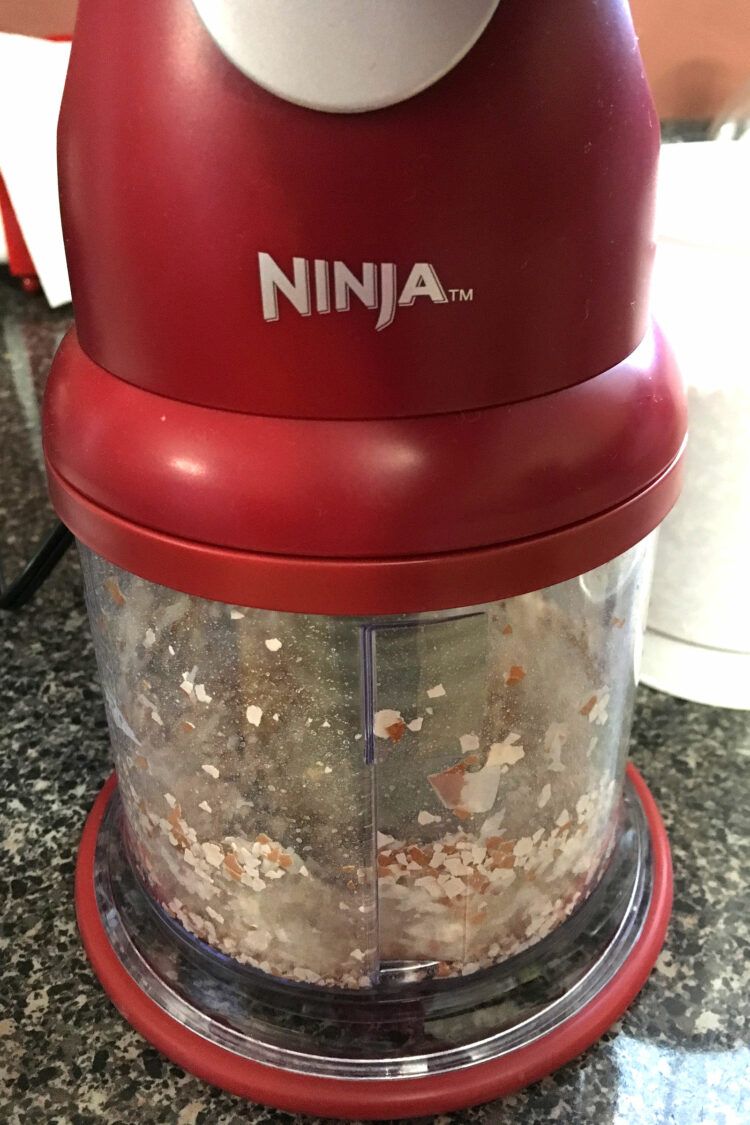 So what you should probably do is start with a good mortar and pestle set instead. It doesn’t take long to grind them down to small pieces.

This is how fine I can get them with the mortar and pestle. It does a great job. 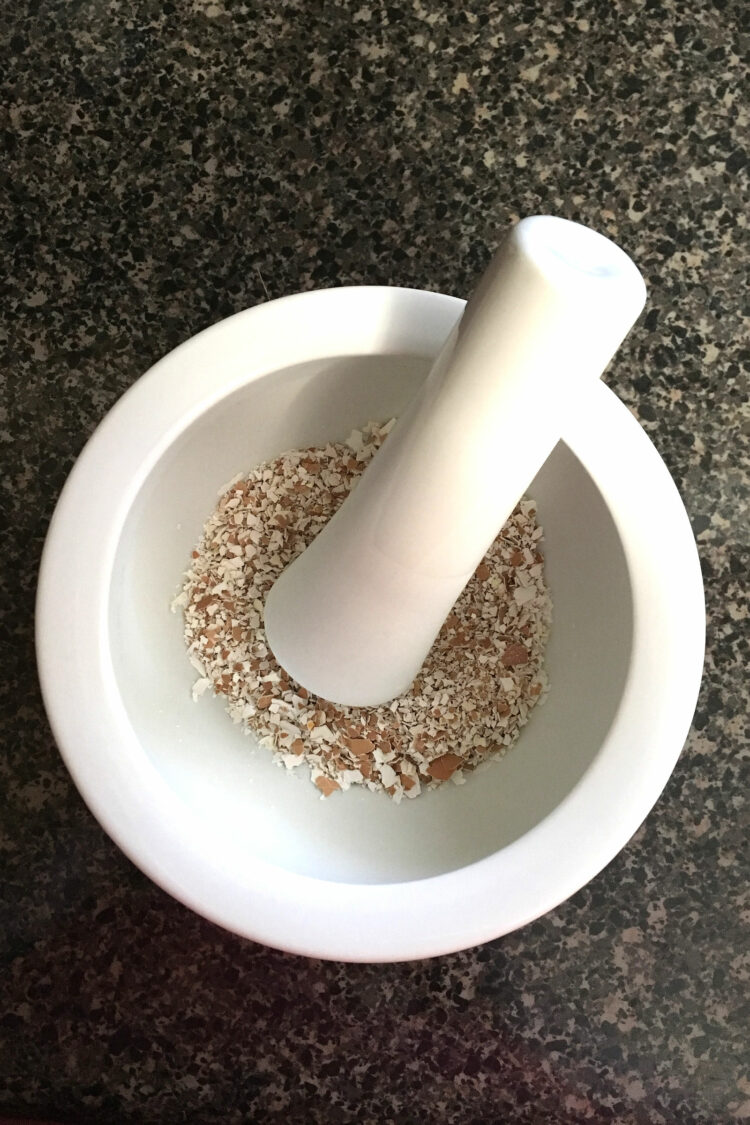 Ways to Use Eggshell Powder

You can use powdered eggshells alongside other popular organic fertilizer solutions like used coffee grounds, old banana peels, etc.

After putting the eggshells in or on the ground, water your plants (unless it’s going to rain in the next few hours). This helps the eggshell start to break down and enrich the soil.

And that’s all you need to do! It’s so simple, and such a great way to use kitchen scraps if you’re not composting. 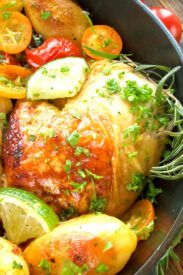 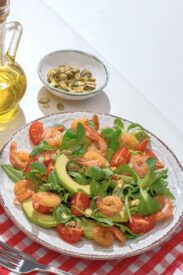 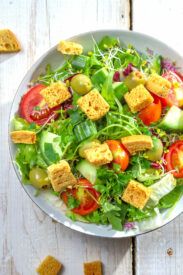 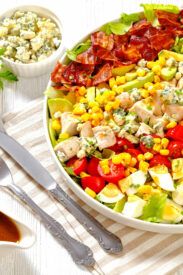 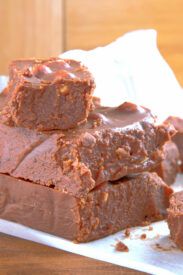