Food is pricey, but it’s also a part of your budget where you have a lot of choices. There are a lot of older tips for saving money on your food budget still floating around out there, and I’m finding some of them just aren’t true – at least not where I live, and not at this time.

I’m going to take a look at some of them and explain just how true and not-so-true they are, and how to figure out the best solution for your own household food budget. This article will apply to North America, since that’s where I live, but hopefully it will give everyone some, ahem, food for thought.

It used to be a general truism that you paid a lot more to eat at a restaurant than to cook groceries at home. It makes sense – the restaurant has to pay cooks and waiters, and at home you’re doing the labor yourself for free (just your time). But due to corporate farming and U.S. government policy weirdness, it’s no longer that simple.

This one’s still true and no question: making a mocha at home and taking it with you in a travel cup or Thermos is going to be cheaper than buying one at Starbucks. You can make your own muffins, energy bars and other treats, too. Making your own salad dressings can save you a good bit of money compared to buying store dressings.

Let’s say you just don’t have the time for baking muffins. You can still buy a dozen muffins at the grocery store for less than what Starbucks charges you for twelve muffins, freeze them so they stay fresh, and microwave one every day to take with you to work. With convenience treats, there are always ways to economize that won’t make you miserable.

It used to be generally true that meat was pricey, and basing every meal on it cost a lot. Meat has always been a luxury in the world because it takes a lot of vegetation to feed an animal, so by the time you’ve, say, converted loads of corn into a chicken, you could’ve just eaten the corn for a fraction of the price. But we’re through the looking glass now, and the U.S. has somehow rearranged things so that meat is often cheaper than beans and rice (am I the only one who’s all “That can’t be right” just reading over this sentence?), while the opposite situation is still true in many other countries where meat is regarded as a luxury. 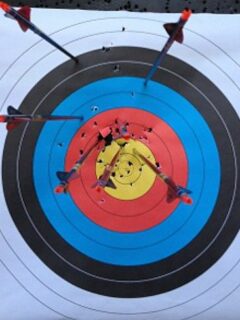 Get the best of Snappy Living and more in your inbox.