This is one of the yummiest dinners you can throw together in a hurry. It’s not hard to keep the ingredients on hand, or substitute other ingredients for missing ones. It’s also a recipe you can tweak so many ways it never has to be the same dish twice. If that’s not enough, it’s also a well-balanced meal. If the saturated fats in the butter worry you, we’ll present a few options you can use instead.

Now, the options on this one are limitless. I like capers and tomatoes, but you can also use parsley/cilantro, basil, oregano, olives (kalamata olives are awesome – not particularly Italian, but who cares?), onions, shallots, red pepper, thyme… even a touch of sage and some bay leaf to turn it into a sort of sage butter shrimp pasta. Substitute or add chunks of whitefish, scallops, lobster, chicken or clams to the shrimp (remember to change your cooking time accordingly). You can reinvent this recipe as many ways as you want.

Pour water into a 6-8 quart pot and add salt. Bring it to a boil.

Put the olive oil in a heavy skillet and keep that over moderate heat. Add the garlic and any other spices you’re using. Once it’s hot, put the shrimp in and saute them. They should be turned once. If they’re raw, it’ll take about two minutes to cook through. If they’re pre-cooked, it’ll take even less time because all you need is to get the olive oil flavor cooked into them. Transfer the cooked shrimp into a bowl without the oil – use a slotted spoon or tongs or two forks to pick them up. Put the wine into the skillet now, along with some salt and pepper . Cook over high heat for one minute, stirring occasionally. (This is a good time to put the pasta into the pot to cook.) Now add the butter to the skillet and stir it in until it melts. Then add the shrimp (keep stirring). Remove the skillet from the heat.

If you didn’t already cook the pasta, now’s the time. After about three minutes, it should be tender. Drain it in a colander, then put it in a bowl with the shrimp and scampi sauce, capers and tomatoes and toss everything together like a big salad. If it needs more moisture, add some of your pasta cooking water.

Add a green salad and/or garlic bread, but only if you want. This single dish is a real meal by itself. 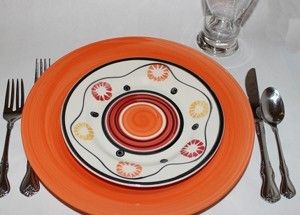