How to Teach Kids to Clean Their Rooms

Home>>Kids>>How to Teach Kids to Clean Their Rooms

The time to teach kids to clean their rooms is while they’re young. If they get the idea someone will always clean up after them and life is just one endless play session, it’ll be harder to convince them later that they need to pitch in.

Young kids get a sense of satisfaction from pleasing their parents. They’ll come to see cleaning their rooms – and keeping them cleaned – as a way to get that satisfaction.

And then as adults, they’ll prefer things to be neat and tidy… even if that’s not always an achievable goal, ahem.

Teach Kids to Clean Their Rooms

How can you go about making this training easier on both yourself and your kids?

Make sure everything actually has a place to go, and the child can reach it and use it (that is, if it’s a toy chest, make sure the child can open it as well as reach it). This means low shelves, short chests, etc.

Show kids how to arrange toys sensibly within a chest or shelves or whatever you’re using, as opposed to just tossing them in there.

If kids don’t know where to start, they probably won’t – that’s why you find them playing when you sent them to clean. Create a system, like starting at a certain part of the room and going around in a circle.

Typically, the very first step is to make the bed so they’ll have that surface to use while rearranging stuff.

Teach kids to straighten up after themselves every day. That reduces the hassle of major cleanings considerably.

5. Describe how it should look in the end

“I don’t want to see any toys on the floor, like that one there, and nothing laying on your bed, either”, for example. That gives them a concrete goal they can make sense of.

6. No more toys than they can clean up

If kids are getting overwhelmed in the middle of a cleaning job and going back to just playing with stuff, that means they have too many toys to clean up. Make sure they only have as many toys as they can actually handle.

Teach them to either hang clothes up or put them in a drawer (if they can be worn again) or put them in a designated hamper (or whatever you use to collect dirty clothes). Clothes should never be on the floor.

Somehow, there’s always stuff that doesn’t belong anywhere. It ends up left over at the end of a cleaning job. Either pick a home for these items and stick to it, or designate a “junk drawer” or box for random items.

Don’t let it be big enough for kids to stuff in everything, but it’s nice to have a place where the “Um, what did this go with?” stuff can go. After all, most of us will still need a place like that as adults.

When the kids are old enough to dust and vacuum, show them how and let them know those should always be the final two steps.

If you have more than one young child, be prepared for them to argue over who’s doing more work when it comes to cleaning. If somebody actually is being lazy, don’t let them get away with it.

But if the workload division makes sense, tell them why: “Yes, but you’re bigger than he is, so you can do more” or “But you have more toys than she does.”

11. Critique fairly and congratulate them for a job well-done

But then also tell them what a great job they did so they know it’s okay not to be perfect, especially when mastering a new skill. Their self-esteem will benefit from both the criticism and the praise. 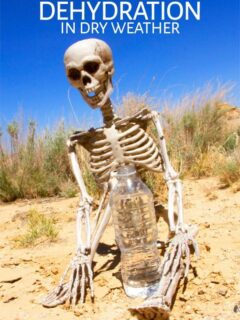 Previous
How to Avoid Dehydration in Dry Weather 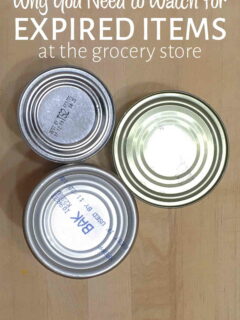 Next
Watch for Expired Items at Grocery Stores
Comments are closed.