Orange marmalade recipes, peach marmalade, even zucchini carrot ginger. This list has it all. Including ways to make it without store bought pectin.

Marmalade is a sweet spread that’s a lot like jam or jelly, but there are some key differences. Marmalade is usually made with citrus fruits like oranges and lemons instead of strawberries, grapes or raspberries. And you cook it at a higher temperature than jam, which gives you a thicker texture.

The other thing that’s different about it is that it has small pieces of zest, or fruit peel, suspended in the spread. It also usually includes the pith (white part of the fruit) for texture, too.

You might expect it to taste bitter, but it has a delicious tangy-sweet flavor and the zest gives it a nice texture. It’s wonderful on toast and croissants, or even as a pancake topping. 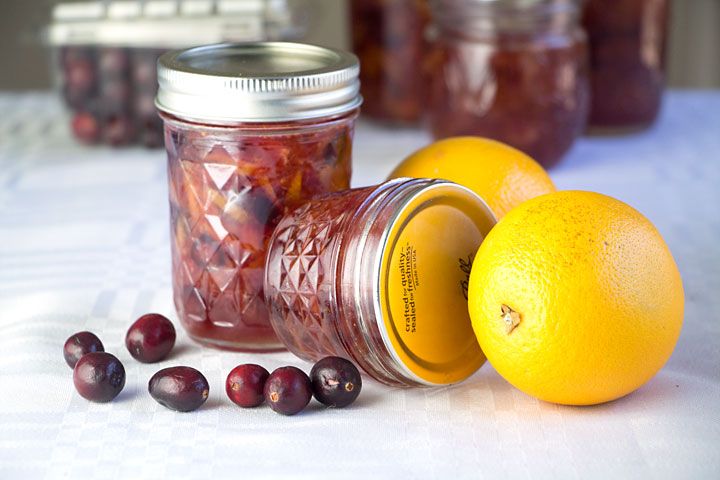 Marmalade can actually be made without the bitter white pith. If that's more your jam (ahem), this orange cranberry marmalade tastes like sweet tart candied orange peel. 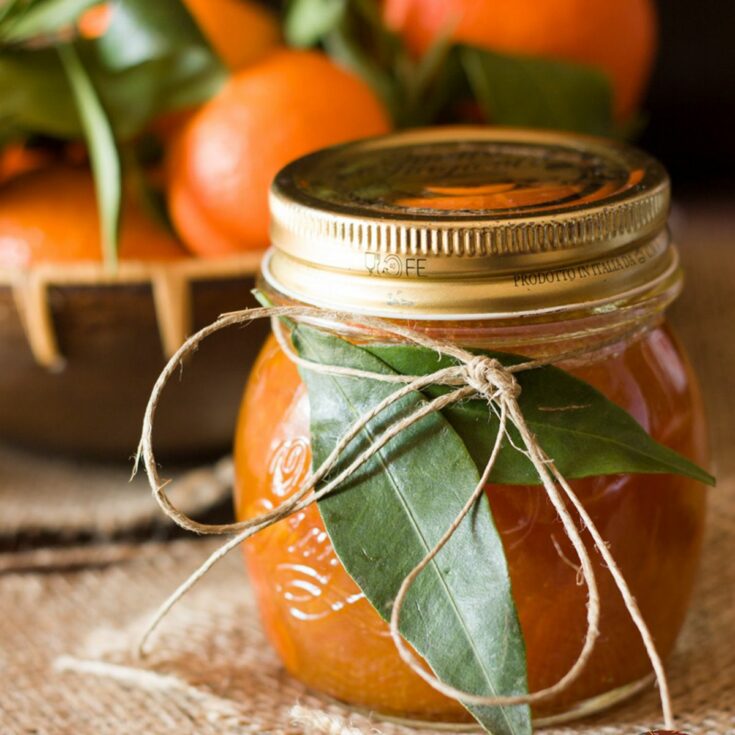 This mandarin marmalade is spiced with cinnamon and has a unique, bittersweet flavor! The hint of brandy adds a balance to the sweet and tangy fruit. It’s great on toast for breakfast or over Greek yogurt! 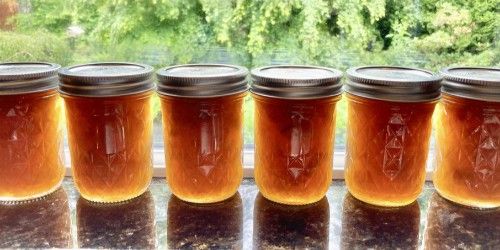 This rhubarb and orange jam recipe is easy, requires no pectin, and may be used in a variety of ways. 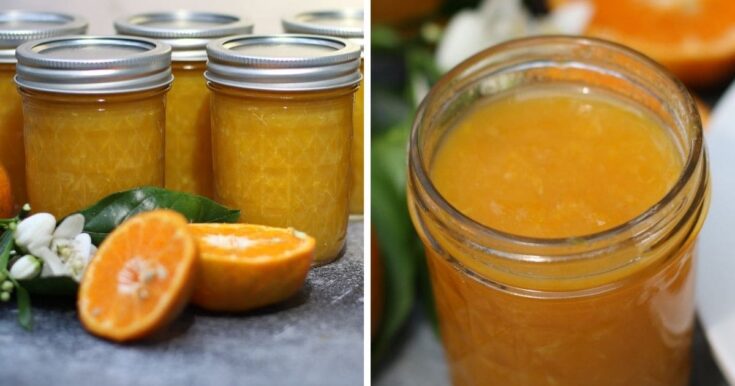 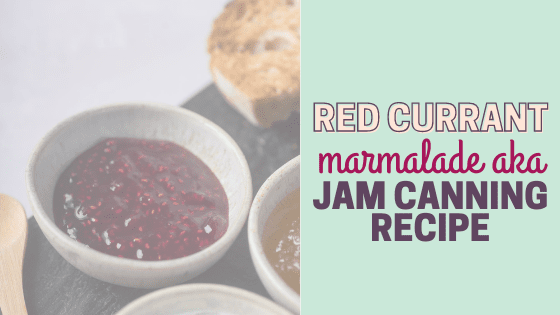 Red currant jelly is an expensive type of food in stores, no wonder it’s a rare treat. But if you are able to get fresh currants from your own bush or maybe a neighbor, or even a store, you’ll be able to make this delicious marmalade. 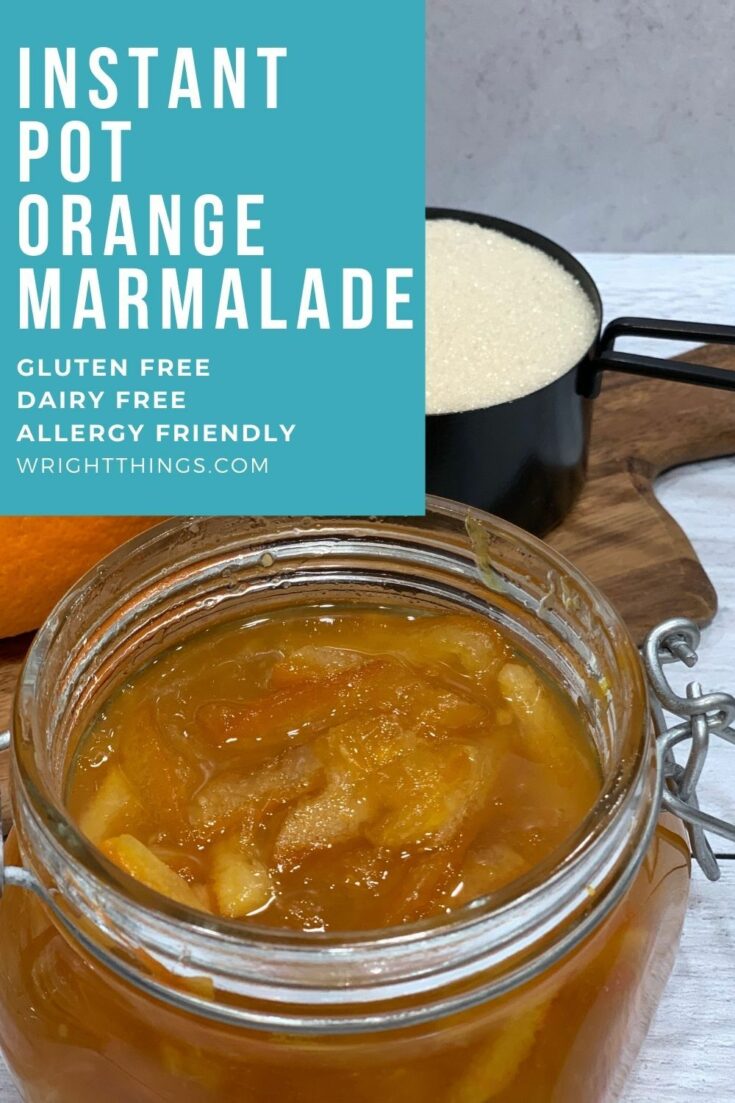 This easy, small batch orange marmalade recipe is made with only two ingredients and is allergy friendly. Sticky sweet and perfect for your morning toast, you’ll be amazed at how simple it is to make marmalade at home. And as a bonus? There’s no pectin in this recipe. 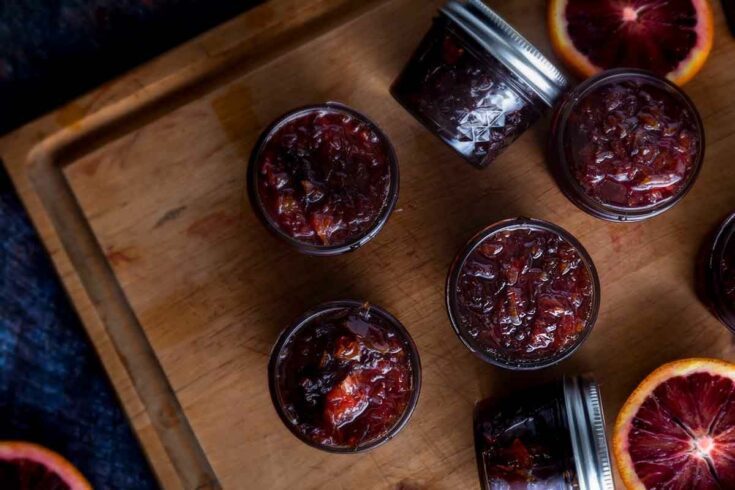 This blood orange marmalade is an unexpectedly rich and delicious flavor that goes with something as simple as toast, or as complex as meat. 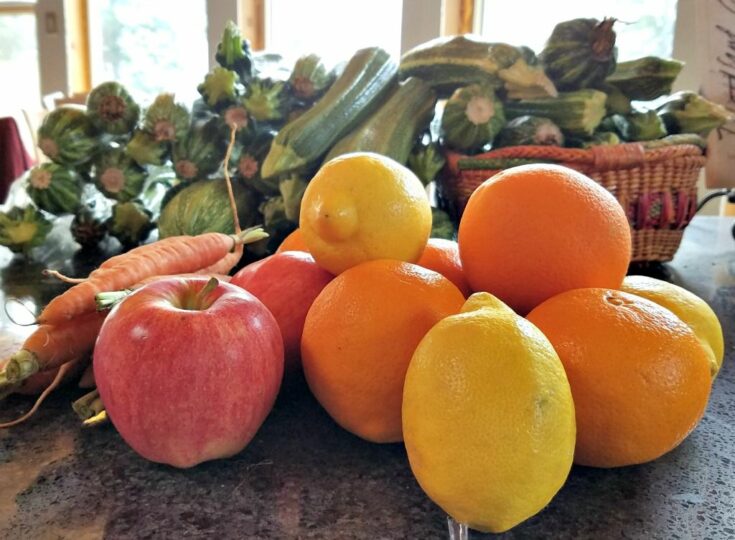 Sounds strange at first, right? This inventive recipe includes apples and lemon, so the sort of taste you're used to in a marmalade is definitely there. 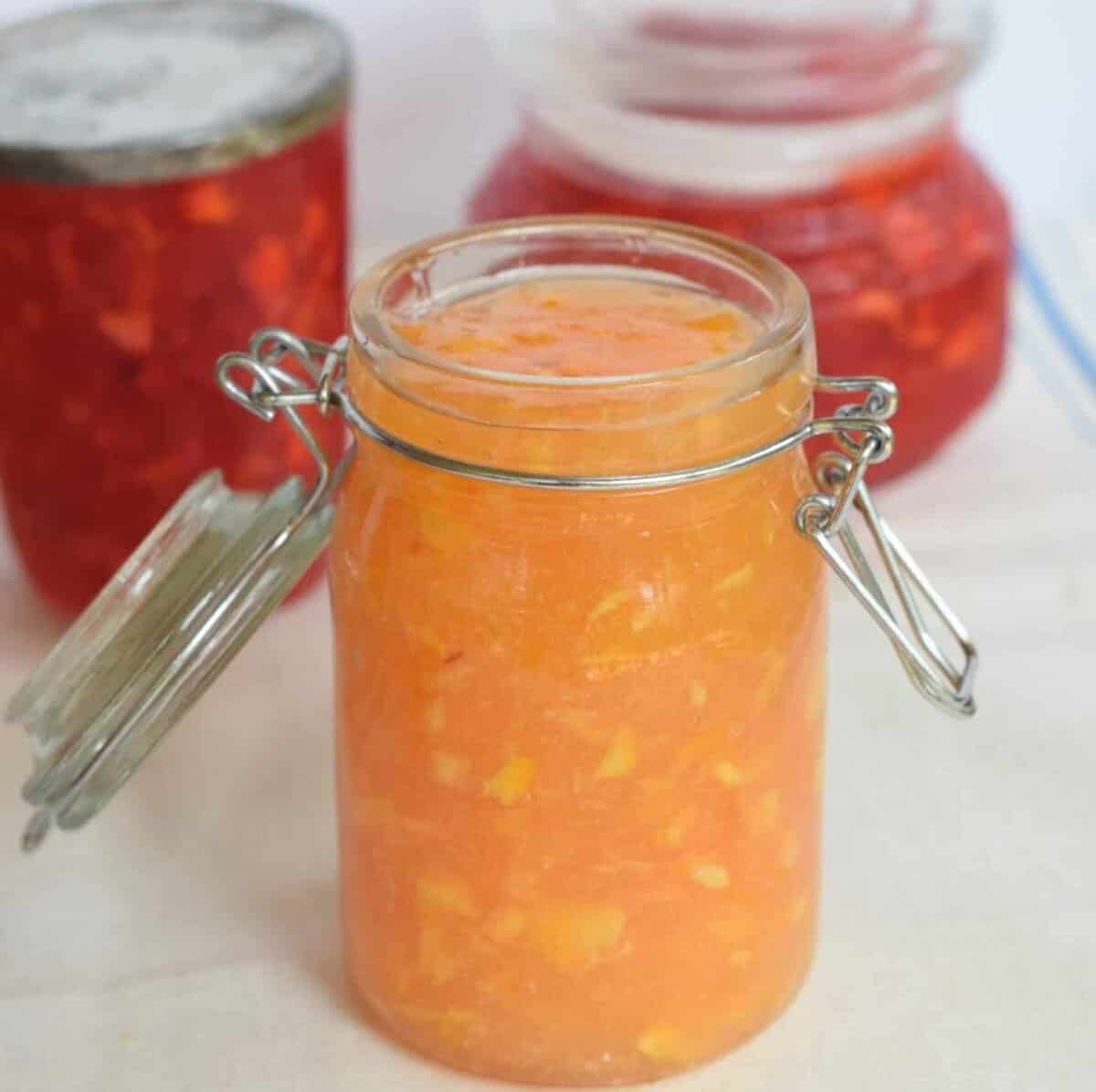 For most recipes, you want to avoid the pith - the white part of the orange - but for marmalade, it adds not only a little bittersweet flavor, but the pectin found in pith helps to ensure your marmalade will set. 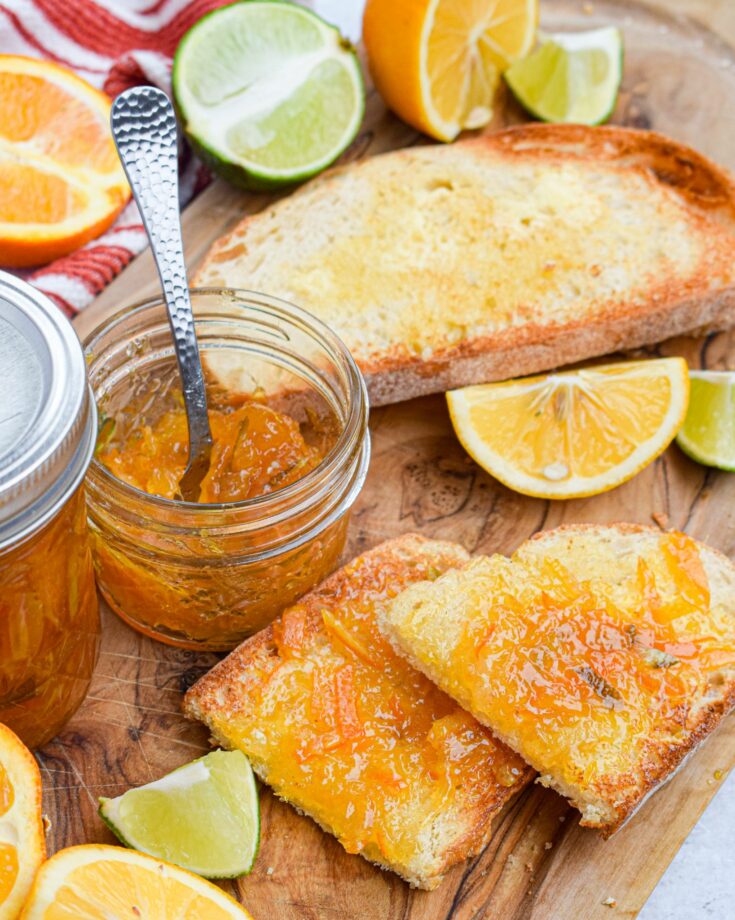 This delicious Four Citrus Marmalade combines oranges, Meyer lemons, limes and lemons for a fresh and delicious preserve that is an ode to citrus season! 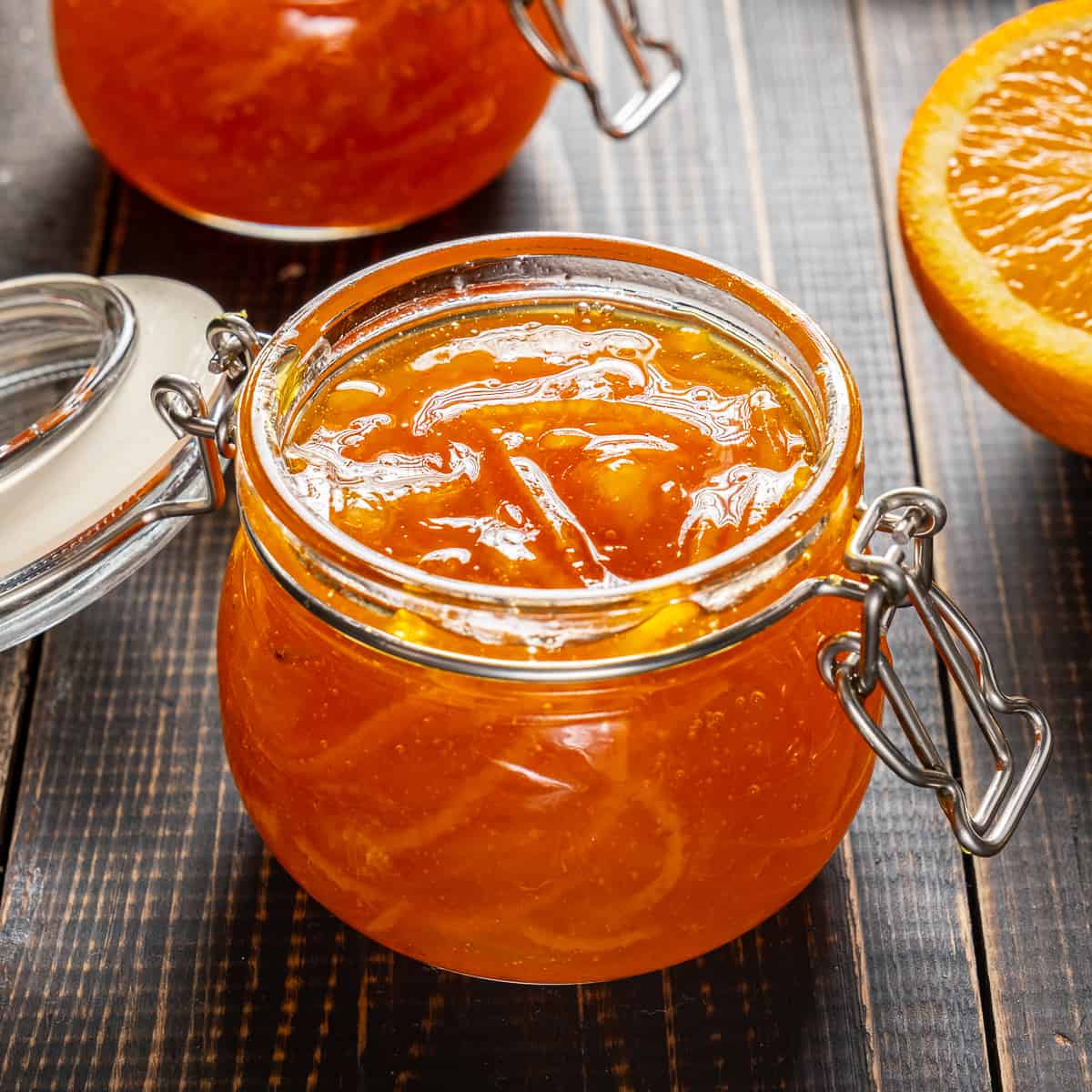 How To Make Orange Jam Marmalade without Store-Bought Pectin

Learn how to make orange jam marmalade without store-bought pectin. In this recipe, you'll make natural pectin using the pulp and seeds of citrus fruits. It's super easy and loaded with delicious sweet and tart citrus flavors. 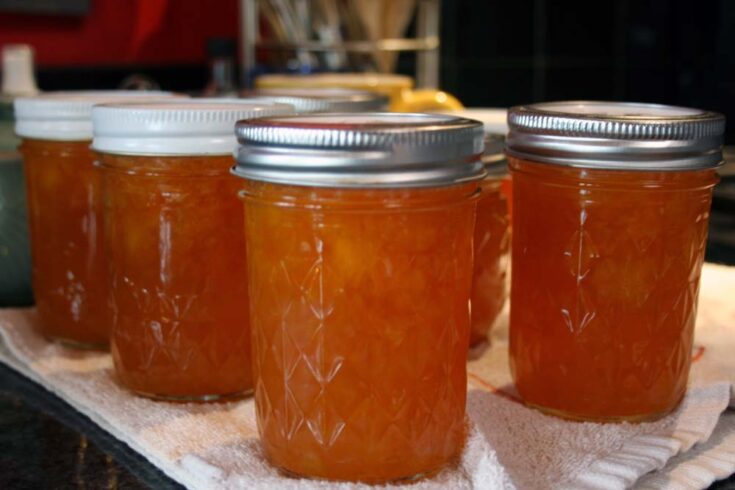 Not sugar free, but lower in sugar than many marmalade recipes. Includes an interesting substitution of a no-sugar pectin.