We may get commissions for purchases made through links in this post.

Years ago, I started getting recorded phone calls from “Heather”, “Rachel” and others at “account services” about my credit card. Learn how to recognize and avoid the Account Services scam.

It’s an automated message. If you want to speak to someone you press 1, at which point a man answers. There are a few clues that will help you recognize that this is not a legitimate business.

They don’t say what credit card they’re with

Any credit card or bank would identify themselves by company name. These people say “Credit card services.” If you ask them what that means, sometimes they will say “Like Visa, Mastercard…” or something like that. But it’s clear they don’t know what kind of card you have.

Note to that most people don’t simply have a “Visa” card. You have a “Shell Visa” or a “Chase Mastercard”, for example, and the people calling you will identify it that way. If they can’t tell you the exact kind of card you have, or give you the last four digits of the card number, they are not your credit card company. 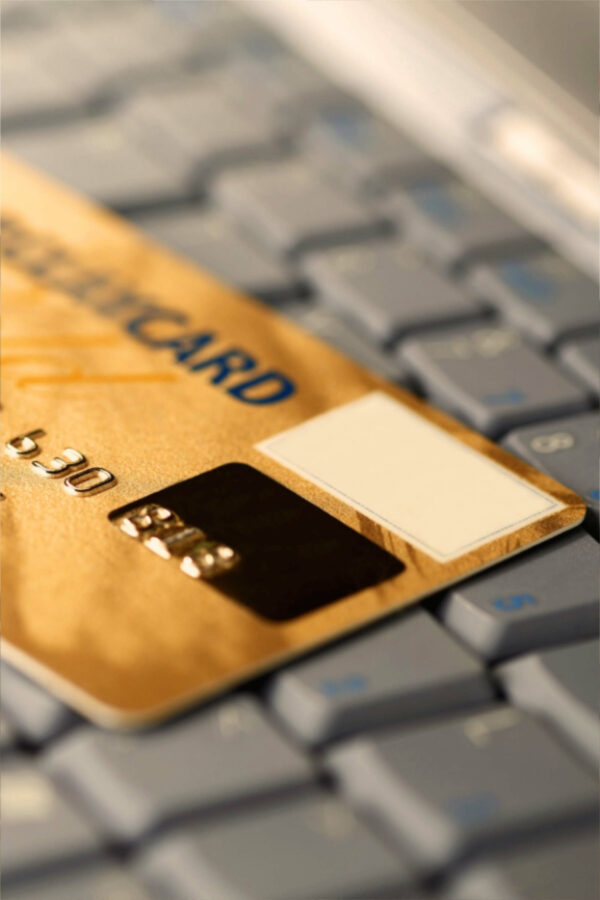 It comes up “unknown caller” on CallerID with no phone number

Legitimate businesses don’t block their name and number. These people do.

They don’t know your name

Any legitimate company calling about your credit would have your name. This is available to them from the credit reporting agencies. They don’t auto-dial. They call specific people with specific types of credit.

So if they don’t know your name, they’re not a real company.

When you tell them you know they’re a scam, they get snide

A real business would be concerned if you mistakenly thought they were a scam and say something like, “I assure you we’re not, but I’ll be happy to take you off our list.”

But whenever I’ve said that to these criminals, they respond with something like a chuckle and “I’ll talk to you tomorrow.”

I don’t get telemarketing calls, so it’s a safe bet unsolicited calls that come through to me are on auto-dialers. Real businesses who have business relationships with you already have your contact info, so they don’t need to auto dial you.

The problem is: not everyone will have all these clues. And some people may be so desperate to lower their interest rates that they won’t be as careful as they should be.

When this first started happening, I called the police and spoke to a detective. Unfortunately, there wasn’t much they could do because (a) no crime had been committed and (b) the caller had masked his identity by spoofing other people’s phone numbers. They couldn’t trace the call because a crime needs to have been committed before they can get a warrant.

I also called my phone company (Verizon). They couldn’t do anything to stop him either, but they do offer a paid service that blocks calls from unidentified callers.

Don’t bother with this service. I tried it and it didn’t work. And when I called Verizon to ask about it, they admitted it often doesn’t work.

Besides, these scammers change phone numbers all time. You block one and they call you from another. Now I block every phone number they spoof on my smartphone, which is not a perfect solution, but it does slow down the frequency of these calls.

How to protect yourself

The most important thing is to recognize these calls as scams. If you think you may be getting a legitimate call from someone who wants to lower your credit card interest, do the following:

Click “1” to speak to an operator. As soon as he comes online, tell him you’re legally required to inform him you’re recording this telephone call.

In my experience, saying that to scammers – even when it’s not true – makes them hang up very quickly. Sometimes they even stop calling you altogether, which is exactly what you want. If they don’t hang up, ask them:

“Who are you calling for?” Again, if they don’t have your name, then they can’t help you with your credit. A real financial service would only call people whose names they have.

You may also want to file a complaint with the FTC or with the FCC – they both cover this type of crime.

It’s a nationwide racket, and authorities need to document enough complaints for police to be able to match up the cases of identity theft that will happen when someone falls for this scam. The police have busted at least one ring responsible for these calls, which is great, but it keeps starting up again.