Sesame Oil as a Skin Moisturizer

Home>>Beauty>>Sesame Oil as a Skin Moisturizer

If you have seriously dry skin, try using sesame oil as a moisturizer. Yes, I’m talking about plain ol’ sesame oil you can get in a grocery store, usually for less than five dollars.

I first learned this trick from an employee at a health food store. Since then, I’ve tested it about 5 times over the years, whenever my skin was especially dry.

This is strictly about my experience using sesame oil as a moisturizer. I’m not making any claims about it being a cure or amazing health miracle. It’s just an option if you like to moisturize your skin with oil.

You might think sesame oil would be greasy, but it’s not. The trick is to put a small amount in your palm (it really doesn’t take much) and then rub it in your hands to warm it.

After that, it spreads easily, feels light on the skin, and then absorbs quickly. The quick absorption is welcome compared to other oils that keep your skin sticky for several minutes.

One of the biggest advantages of sesame oil in my mind is that you can actually dress immediately after application. You skin feels dry in no time.

How does it smell?

It has a bit of a (rather delicious) nutty/smoky smell at first, but that  goes away very quickly. There’s no strong scent that’s likely to bother anyone who’s sensitive to smells.

I am fairly bothered by some smells, but I have friends who get migraines from lots of scents (especially artificial fragrance), so I informally tested it on them and they gave it their approval.

Every time I’ve used it on very dry skin, my skin quickly became noticeably softer and more resilient. Using this seems to plump up my skin and really hydrate it.

I’ve never had a breakout from using sesame oil – even in areas where I’m acne prone. Some sources even claim sesame oil can help to reduce and heal acne, but they don’t list any actual scientific research to back that conclusion.

The fact that sesame oil works well on skin shouldn’t come as a surprise. Sesame oil is actually the main ingredient in Neutrogena’s Body Oil, a long-running, very successful product.

The big advantage of sesame oil is that it only has one ingredient, so as long as you’re not sensitive to sesame oil (I’ve never heard of anyone being, but people can be sensitive to almost any plant), your skin will tolerate it well.

The lack of fragrance is also great for people who react to scented products. I do react to some scents, but I love the smell of sesame oil. It’s never bothered me at all.

You might also want to read about other oils used in skin care.

There is one downside to using any oil I’ve ever tried on my skin. No matter how nicely they absorb, somehow they always end up getting on my pillows, sofa arms, etc.

So I only use sesame oil when my skin is very dry. The rest of the time, I use a regular moisturizer.

Which sesame oil should I buy?

You can buy sesame oil that’s marketed for skin care, but it’s really no different than regular grocery store sesame seed oil. Except when it comes to the price tag. It’s typically way overpriced.

You just need regular, food-grade sesame oil for cooking. You’ll get a much better price per ounce, and since a little goes such a long way, it’s actually pretty frugal. 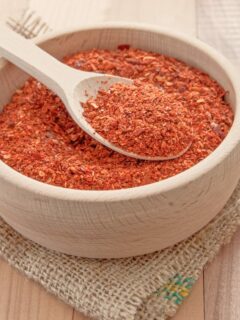 Next
How to Use Eggshells in Gardening 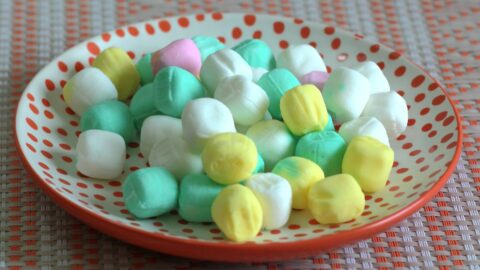