I first reviewed a Vornado fan in 2008, when I had recently bought one. I’ve bought another two since then, and they are still the best fans I’ve ever had. Read on for my full review of Vornado air circulators, as they’re officially called. 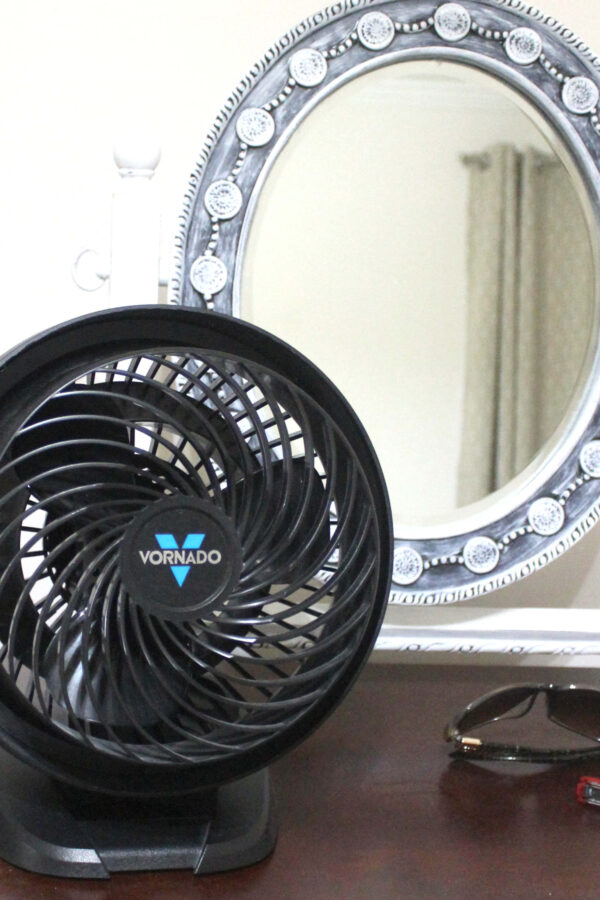 A few years ago, I lived – if you can call it living – in an apartment with broken windows and one lone air conditioner in the living room. During the hot summer, I tried all sorts of arrangements with multiple box fans. Nothing actually made it comfortable.

They also sold a heater which used the same technology along with the addition of a heating coil inside and several safety features.

But they were so small. Would they really work?

I called the company to make sure their products don’t use Teflon, which gets toxic when heated (it can kill small birds, so I figure it can’t be good for humans, either). They told me none of their products used Teflon. Additionally, they’re assembled in Kansas – they have to buy some parts in China because they’re not made elsewhere, but this is as close to 100% “Made in the USA” as you can get these days (even the boxes are made by a factory in Kansas).

I bought a Vornado heater for the living room and a small fan for the bedroom. To my surprise, they did exactly what they promised. 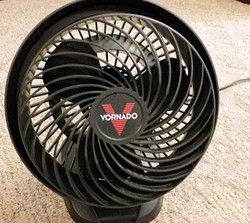 If you stand right in front of a tiny little Vornado fan, you get quite a draft. But otherwise, it gently cools the whole room down in just a few minutes. Nothing else had been able to give that horrible apartment anything close to an even temperature throughout.

Another claim the packaging makes is that these units are “whisper quiet.” That’s true… as fans go. Vornado fans on high speed make some noise, but less than most fans. The lower speeds really are quiet. I don’t have to turn up the TV at all when they’re on, for example.

I’ve also found you can use these units in rooms larger than the packaging recommends. These units are not as cheap as box fans. But the reason I ended up buying two more fans over the years is that they work well and they don’t break down. I haven’t had to replace one yet. The additional ones were for different parts of my home.

The Vornado heater was equally impressive. It gently raises the temperature of the room within a few minutes. The heat is nicely distributed so you don’t get hot or cold spots. You can touch the casing while it’s running on high because it stays cool to the touch. That’s a great safety feature, especially if you have kids or pets who might fall against it while playing.

I do think this approach of air circulation is very different from just heating and cooling, and I have even used it in conjunction with central heating to adjust rooms that are consistently hotter or colder than others. Also, the heater can work as a fan, so there’s no need to buy two units for one room. And some models have thermostats so you can pick a temperature and leave the unit to maintain it for you.

I’ve now been using these units for ten years, and they show no signs of wear or tear that I can see. One of their claims is that they can reduce your bill when you use them along with central air. I think they do lower your bills by a modest amount, but I wouldn’t tell you to expect a big drop. What I can say, however, is that using them in a variety of homes over the years didn’t increase my utility bills. So I got more comfort for the same electricity usage as before.

As an Amazon Associate, SnappyLiving earns from qualifying purchases.